WHAT'S IN A NAME? 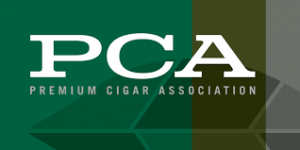 The IPCPR has made several announcements recently that have been the talk of the industry.  The first was their name change from “International Premium Cigar & Pipe Retailers” (IPCPR) to “Premium Cigar Association” (PCA).  The second announcement was the introduction of consumer day, or “CigarCon”, at the 2020 trade show.  Both announcements have ruffled feathers and brought about no small measure of discussion, consternation, and excitement.  Thoughts on CigarCon will be forthcoming, but before that is done, a little ground work is in order.  And that starts with the PCA name.

The name change can, on the surface, appear inconsequential and nothing more than a formality; just a part of an association performing a refresh to update their image.  But the truth is the name change is deeper than that and is indicative of a more fundamental shift in the Association’s values, identity, and direction.  Like a bull’s nose ring, the Association’s name will lead them into the years to come and what the Association becomes will be guided first and foremost by who they are.

Until recently, the Association was the International Premium Cigar & Pipe Retailers Association and prior to that the Retail Tobacco Dealers of America, or RTDA.  Given the history, purpose, and membership of the Association, this was a very appropriate, if not long-winded, name.  It described who they were and what their values were; an international group of premium cigar and pipe retailers who, together and cooperatively sought to further their businesses and improve the industry.  Yes, the Association had non-retail members such as manufactures and distributors, but the focus of the group was the retailer and retail business.

Since the end of the 2019 trade show, however, the IPCPR is no more and is now to be known as PCA instead.  While official explanations for the change hinge mainly on simplifying the name for clarity, the PCA also admits the change is to better represent who they are in today’s political and legislative environment.  This is the true focus on what the group is now about; fighting the FDA and lobbying law makers.  Which means the focus is no longer internal on the retailers but rather on external factors affecting the Association and the industry as a whole.  This is both good news and bad news for the retailers the Association was formed to empower, protect, and strengthen.

On one hand, focusing on legislative issues and government regulation is arguably the best way to work for the interests of the retailers at the moment.  On the extreme end of possibility there exists a reality that traditional cigar sales, both online and via brick and mortar stores, will cease to exist as we know it, forcing the cigar marketplace to the gray and/or black market.  On the other end of the spectrum, there is the possibility that cigars will be exempted from all of the pending regulations and restrictions and life will continue on as we’ve all come to know it.  Neither of these possibilities are very likely, however, and are nothing more than theoretically possible, with the expected outcome being somewhere in-between.  It’s the efforts of this Association, the Cigar Rights of America (CRA) and others that will help shape and mold just where along that spectrum the eventual outcome lands.  And the closer toward the latter and away from the former it can push the end result, the better the retailers as well as we the consumers will be for it.

On the other hand, one has to ask the questions “Are there other organizations whose purpose is to do these types of things and can do them better?  Was this organization formed for this purpose?”  Some would say this is not the Association’s place and not what or who it is.  This perspective says the Association was formed for and has historically been focused on the retailer and his business, meaning such things as sales techniques, merchandising, purchasing collaborations, events and event strategies, business growth models, etc.  All these things are directly related to the retailer and should be where the organization is focused while allowing other groups like the CRA, with PCA’s support, to handle the political process.

If you visit the IPCPR website as of this writing, they state clearly that “While our name has changed, our commitment to protecting, promoting and preserving the premium cigar and pipe tobacco industry remains as strong as ever!”  But what do their actions say?  Gone from the name are the words International, Pipe, and Retailers.  Will the organization continue to be supported by and representative of an international membership or will their focus on U.S. regulation and litigation issues cause non-U.S. entities to feel unrepresented and lead them to choose to spend their time and money elsewhere?  Where do the pipers’ sentiments fall?  Will the pipe community feel like they now have to take a back seat to cigars in the Association’s priorities?  The previous name of Tobacco Dealers was better and more inclusive for pipes and pipe tobacco than Premium Cigar which doesn’t even reference them at all.  And as has already been stated, the group is no longer focused on the retailer specifically but rather the broader industry as a whole, despite the IPCPR website stating “The International Premium Cigar & Pipe Retailers Association (IPCPR) is the oldest, largest and most active trade association representing and assisting retail tobacconists.”  As the move to their new PCA website occurs, this statement will surely be revised if not dropped altogether.

So make no mistake about it, the winds of change are definitely blowing in the cigar world.  Deeming regulations, substantial equivalence and other outside influences are forcing the cigar industry to adapt, react, transform and adjust beyond what normal competition would require.  The PCA definitely has a role to play in all that is to occur over the coming years, but that role will not be the same as it has been; the purpose and the focus of the group has changed.  The Association’s name change is the greatest proof of this, despite whatever is stated to the contrary.  The retailers’ hope is that their voice is not lost altogether.  Currently, the Association is still controlled by retailers and so long as that remains, it’s their choice on the direction the organization takes.  But this, too, can change and given the propensity of things to do exactly that, it’s reasonable to expect some retailers to abandon the Association because they will feel the Association first abandoned them.