PCA 2022: Thoughts from the Road and a COVID Induced Delerium 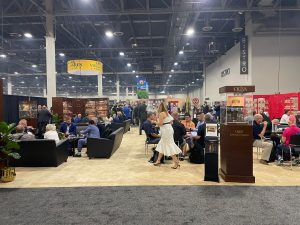 The PCA 2022 Trade Show has come and gone. All of our coverage of the show has been published and it’s been two weeks since its ended. It was only our second show but, to be honest, this was our first real PCA Trade Show. Last year’s show was much smaller due to to COVID-19. Much, much smaller. This year’s PCA Trade Show boasted 189 exhibitors, but that doesn’t include vendors who shared booths with others. I would place the total exhibitors over 200. There were also more retailers and cigar media in attendance this year. The PCA says they printed over 2,000 retail badges for this year’s show. You can find the exact tally over at Halfwheel. Far be it from to disagree with Charlie and the gang over there, but I would probably lean towards agreeing with the PCA’s numbers for this year’s show, for reasons that will become apparent later in this article; and, I have yet to hear a manufacturer sound “skeptical” of the numbers released by the PCA. By comparison, last year I had heard grumblings from several manufacturers about the size of the show and low attendance. This year the reactions were overwhelmingly positive, save for a few snafus…that we will discuss later.

Was the PCA 2022 Trade Show smaller than previous years? It was. Facts are facts. However, we’re still in the midst of a global pandemic, no matter how much we all want to pretend we’re not; but more on that later. Of course, the “big 4” (Davidoff, Drew Estate, General Cigars, and Altadis Cigars) were agaiin not in attendance at this year’s trade show. Did that hurt the numbers? Maybe? The real repercussions of this can be seen at the boutique manufacturers booth. They get more facetime with customers and have an opportunity to network and build business that may otherwise be at one, or all, of the “big 4’s” booths. The PCA has made some changes in, what I suspect is, an attempt to bring the “big 4” back to the show. Whether or not those changes are enough, remains to be seen. 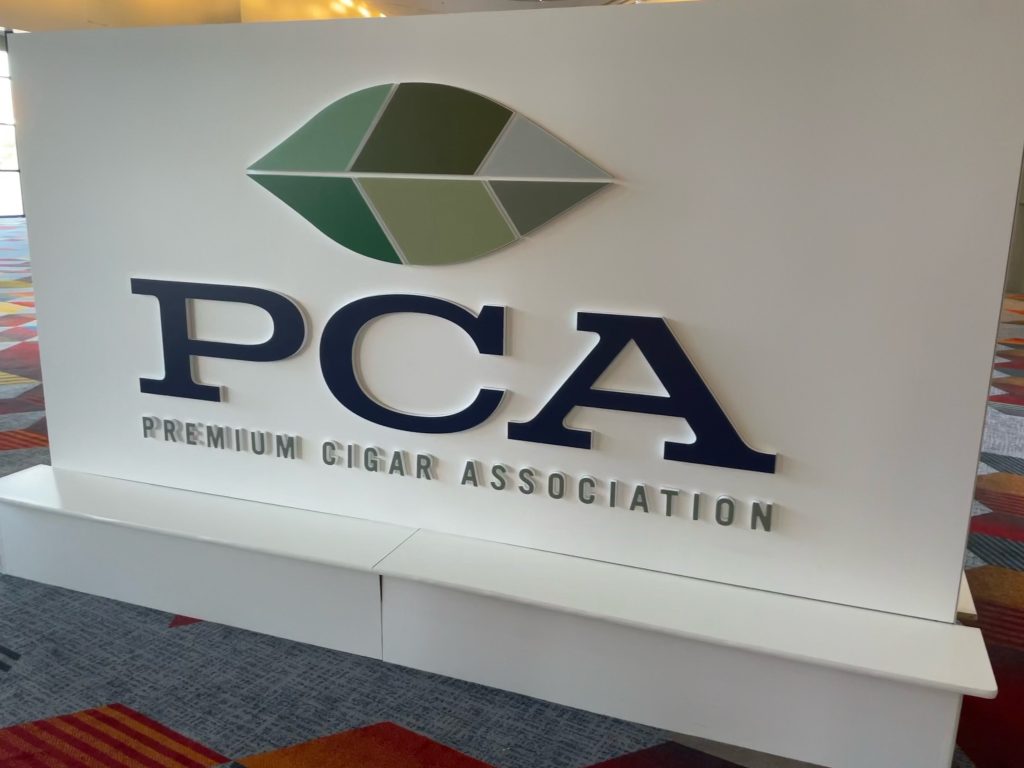 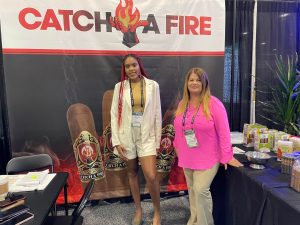 Now that the numbers are out of the way, let’s talk about the good at the PCA 2022 Trade Show. The first is those numbers. Despite still being in a global pandemic, the attendance at this year’s trade show was over a 40% increase of last year’s show. The trade show floors were packed on days 1 and 2 of the show. Business was being done, and in large numbers. For me, this speaks to the health of the industry during uncertain economic times. With inflation on the rise and talk of recession, the cigar industry still seems to be, somewhat immune to those factors. Will it last? Time will tell.

There were a lot of first time attendees at the PCA 2022 Trade Show, as well. Whether they were new cigar manufacturers or new vendors, the show was full of first-timers. This year also saw the return of companies who skipped last year’s show. Micallef  Cigars is a brand who comes to mind. After achieving their goal of focusing on and supporting their B&M partners, they returned to this year’s show and had a lot to say.

Speaking from a purely “media” standpoint, we here at Simply Stogies were able to bring a full team of 5 to this year’s trade show. We essentially had two teams working to bring you as much news and content from the show that we could. We are blessed with some of the most supportive and giving audience, which allows us to be as unbiased as possible and attend the largest cigar trade show in the industry. 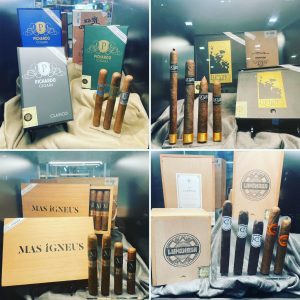 There is, of course, some bad; and I’ll begin with a mea culpa. I was not prepared for the size of the PCA 2022 Trade Show. I thought that we had a good game plan after attending last year’s trade show. Last year, as you may remember, it was just myself and Tim. We ran around and did the best we could with just the two of us, but still fell short in bringing anything that resembled “full coverage.” I thought that a full team of five would have no problem covering the show. I was wrong. I want to apologize first to our audience. I did not realize the scope of the show or how many attendees and vendors there would be. As a result, we just could not get to everyone AND release our coverage in a timely manner. Second, I would like to apologize to the manufacturers that we did not get to. Brands like Ace Prime, Ozgener Family Cigars, Crowned Heads, Tatuaje, Cavalier Cigars, Big Sky Cigars, and United Cigars to name just a few. I bear the majority of the blame.

That’s not to say that some blame should be laid at the feet of the PCA. There were a couple of key differences at this year’s trade show when compared to last year’s trade show. The big one was access to the show floor on Day 0. At the PCA 2021 Trade Show, media was allowed access to the show floor on Day 0. This year, we were not. When asked, a representative of the PCA (who shall remain nameless) told me it was because it was a “safety issue.” When I asked about the appointments that we had made with manufacturers for Day 0 I was met with, “Just bring them into the hallway.” What an absolutely ridiculous statement. The manufacturers want to show off their new blends, and not just speak to us and give statements. Day 0 this year was a legitimate Day 0. To make matters worse, manufacturers told me that they were told Day 0 was essentially a “media day” so that we would not be taking away from them doing business. Unfortunately, it gets worse.

Last year, media was given access to the show floor an hour before retailers. Again, this was so that we would not be interfering or taking time away from manufacturers doing business. This year, the PCA’s “Stay to Play” gave retailers who stayed at the Venetian and added this package to their badges the same early access as the media. A great way for the PCA to make some extra cash, and a terrible way to treat the media. We’re there to highlight the brands AND the PCA without interfering in why they are there, to make money.

For all of the inroads that the PCA has made with the media (adding media to their trade show website, holding a trade show press conference, and allowing the media in at all…there was apparently some disagreement due to how some “media” behaved well before Simply Stogies was even founded) the media is still treated as an afterthought. This is why Simply Stogies did not attend the press conference this year or speak with anyone from the PCA. I do not believe it’s too much to ask that we be allowed some time for interviews to highlight the manufacturers and their new blends without feeling like we’re interfering in their ability to do business. 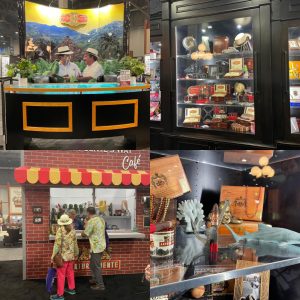 COVID-19 sucks. A lot, and I mean a lot, of folks left the show with positive COVID-19 tests. Myself included. I found out that someone in the group of folks that I had been around, thankfully none of my team, had tested positive as I was driving on Wednesday. I immediately tested and it was negative. I went about my business. I felt bad on Thursday and tested again, only this time I popped positive. Shit. I just drove 16hrs straight home. From everything I’m hearing, the PCA 2022 Trade Show was a “super-spreader” event. What can you do?

No, seriously. What? Like I mentioned earlier, we’re still in a global pandemic. Even with vaccines and boosters, the variants are getting around them. People go to Las Vegas to gamble, and everyone who attended the PCA 2022 Trade Show gambled that they wouldn’t catch it, or that it would be mild if they did. The PCA is certainly not at fault here. We all knew the risks. I can tell you that, in my opinion, masks at the trade show is not the answer. That would take away from what the trade show is. A place to smoke new brands and new blends; a place to come together and fellowship with other POTL (people of the leaf). To take that away under the assumption of safety from COVID-19 infection seems silly. 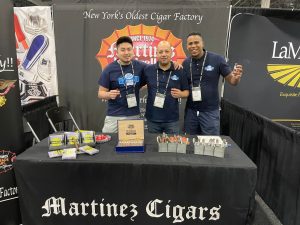 All-in-all the PCA 2022 Trade Show was a success. It was a success for the industry at-large. I’m not overly concerned with attendance numbers. Yearly numbers will vacillate up and down. Some will be up years. Some will be down years. That’s with any industry. What I am concerned with is the TPE. The overwhelming consensus is that the industry can support two trade show. Right now, that may be the case. If the economy does what I think it’s going to do, and I hope I’m wrong, will that continue to be the case? Should those concerned with attendance numbers be correct, and the PCA is on a slow but steady decline of attendance, manufacturers may choose to attend the TPE over the PCA. If that does happen, and the PCA does not survive, the TPE will not step up to fight the FDA or state governments. We’ll be left with your local B&Ms fighting these giants on their own. It’s up to all of us to make the PCA’s annual trade shows as successful as possible.