Once again, I find myself wishing that I have been in the cigar hobby/lifestyle for much longer than I have. To have had the opportunity to try the previous blend with the Mexican San Andrés wrapper would have been ideal…if only to be able to compare it to the latest release which uses an Ecuadorian Habano Oscuro wrapper. But, as I said in my review of the El Oso Blanco, every cigar really only competes against itself. So, here we are. 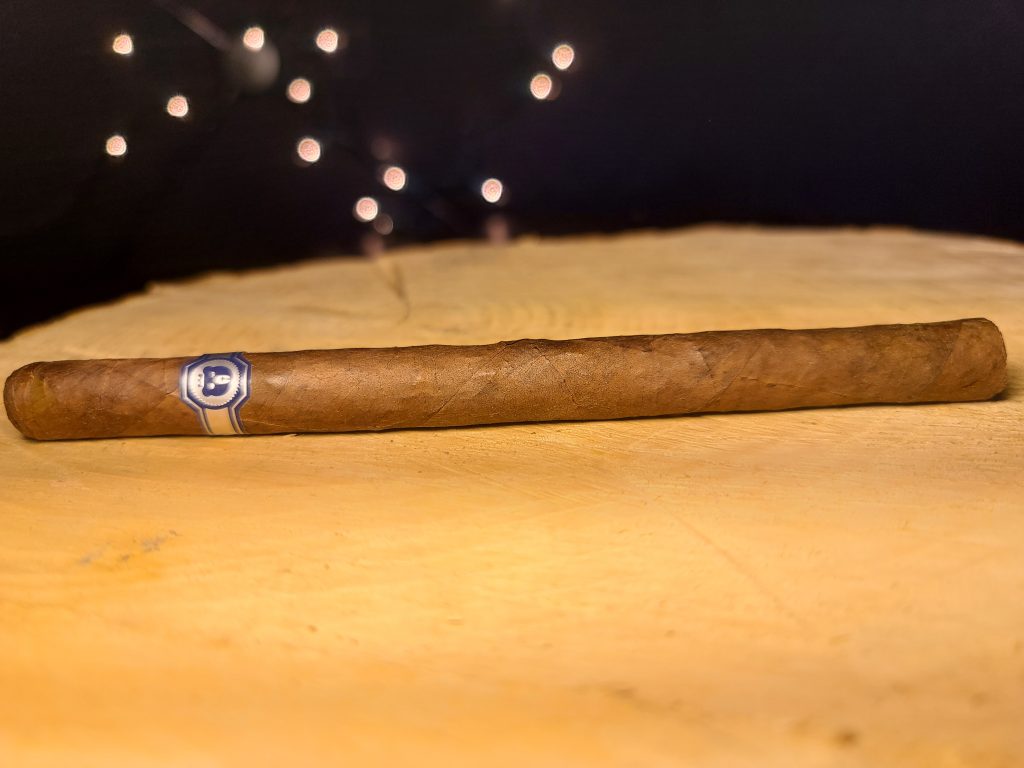 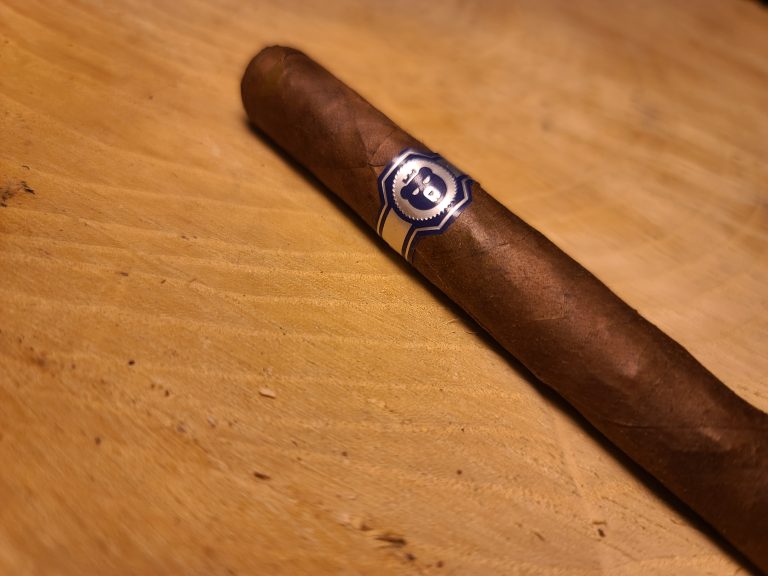 The band is a carbon copy of the one on the El Oso Blanco, and is the same band used for the entire El Oso line. El Oso translates to the Bear, so it makes sense that a bear’s head is featured on the band. Forgive me, but here is what I said about the band on the El Oso Blanco review: The band is a slim design that looks a bit silly on such a long cigar. It certainly goes against the norm of bands that almost covers the entire cigar. The band is silver with blue trim. A bear with a crown is the featured image. The sides of the band have “Miami” and “El Oso” on either side. 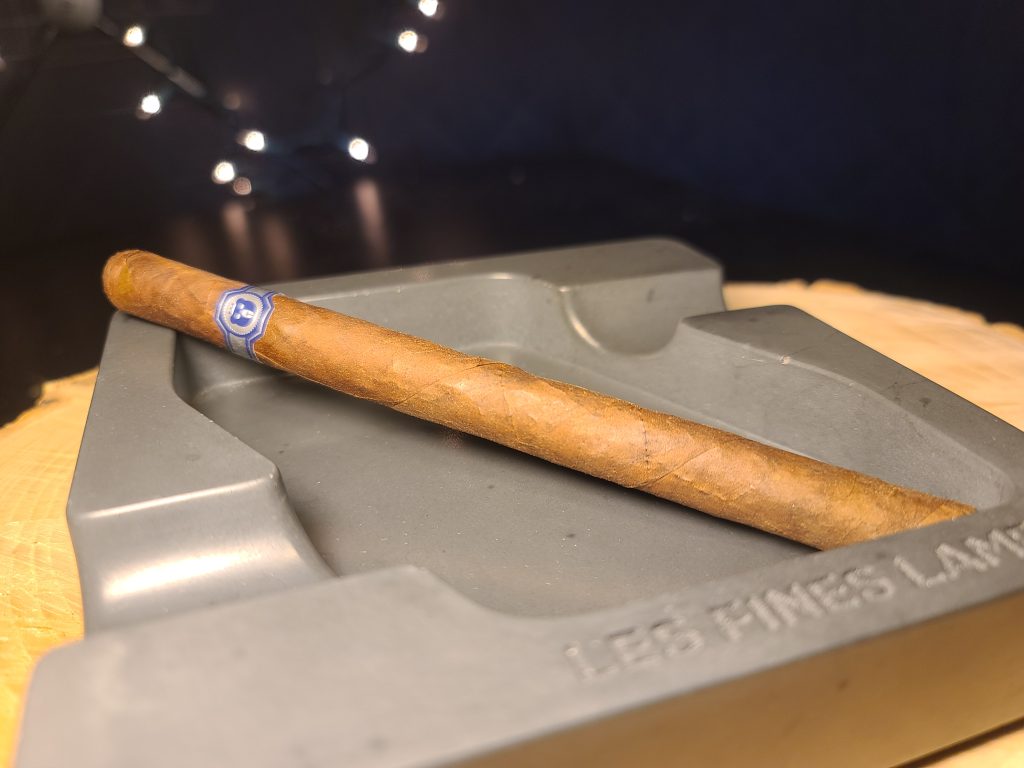 I will say this of the El Oso Mama: it has character. The Ecuadorian Habano Oscuro wrapper is rough to the touch. Bumps and veins are easily visible up and down the length of the cigar. It’s a toothy wrapper, too. Pockets of oil shimmer in the light. The triple cap is expertly applied. There is just enough give when I gently squeeze the cigar between my fingers; no hard or soft spots could be found. In certain light, the Ecuadorian Habano Oscuro wrapper looks almost like a Connecticut shade wrapper; in other light, it looks dark. Trust me when I say that the wrapper is more Oscuro than Connecticut. 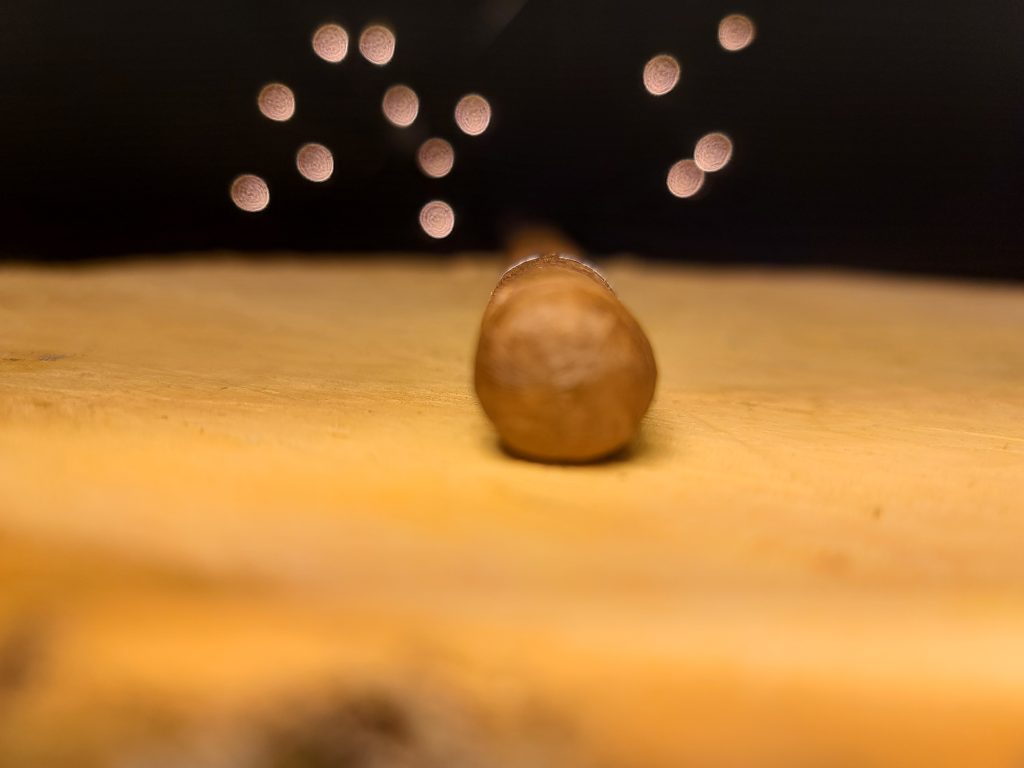 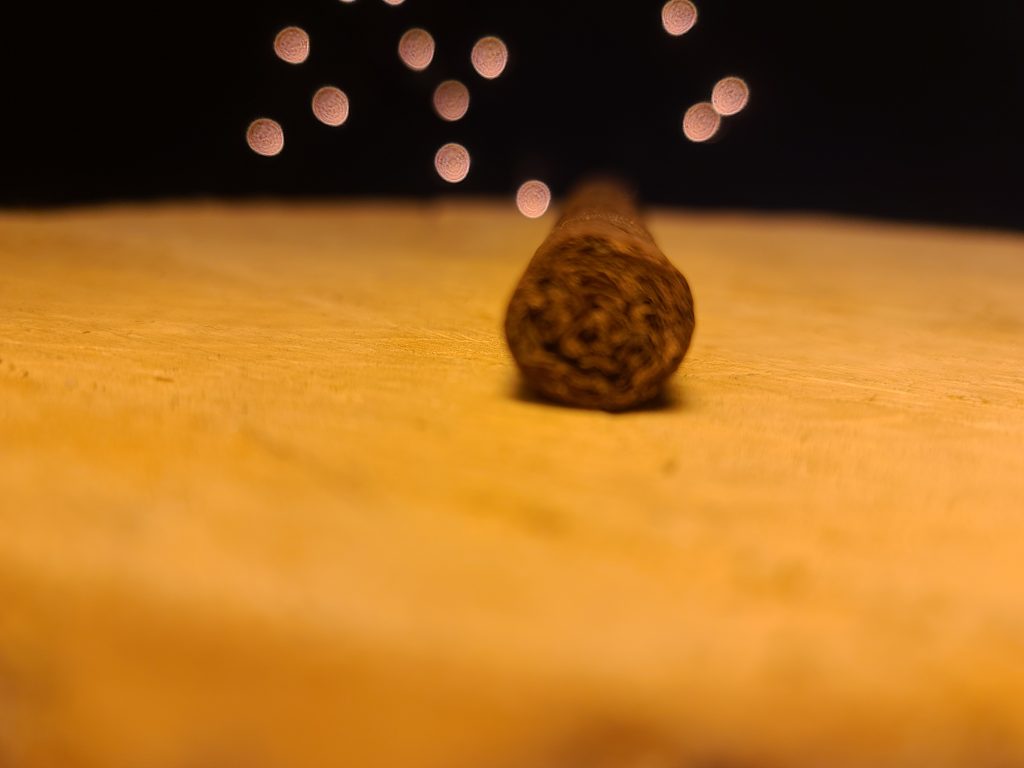 The aroma from the wrapper is a wonderful mix of freshly cut grass and barnyard. It reminds me of warm spring days, spent driving through the countryside with my windows rolled down. Living in Iowa, it’s a unique smell and the El Oso Mama is replicating that aroma in the most wonderful of ways. The foot gives off more of the same, but adds the sweet aroma of tobacco.

The initial draw seems a bit tight, though that isn’t uncommon for this vitola. Lanceros, in my experience, always have a tighter draw than other vitolas…with varying degrees of tightness. The El Oso Mama does not have the most egregious of tight draws. Notes of chocolate, cedar, and barnyard are immediately noticeable; as is a bit of sweet tobacco. 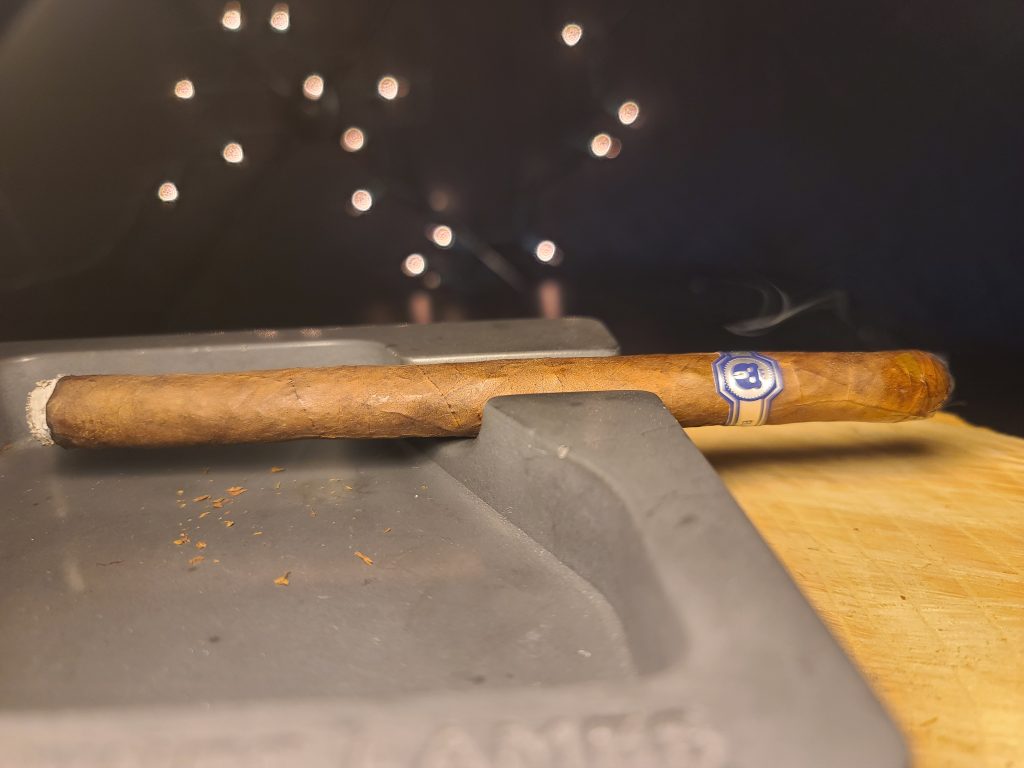 Notes of baking spices and pepper jump from the initial light. Cedar, salted butter, and a hint of chocolate also appear, but quickly fades. Black pepper dominates the retrohale. Caramel on the finish, along with red pepper flake. Honey, apples, and spice!

The smoke is thick, creamy, and more than satisfying. The somewhat tight draw from the cold draw does not seem to affect the smoke output. 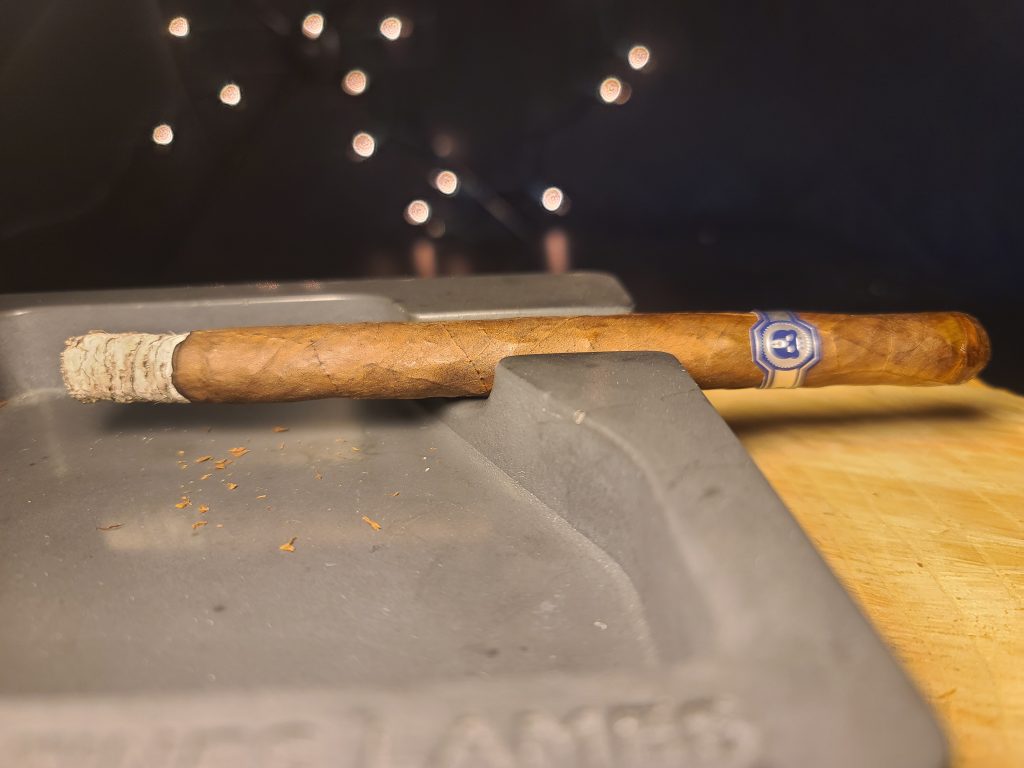 There is a spiciness to the El Oso Mama that continues from the initial light. Baking spices and cayenne pepper linger on the finish. A note of cedar compliments the spiciness. A subtle fruity sweetness, a hint of coffee, and…something akin to peanut butter is hiding in the background. The ash is white and pops against the Ecuadorian Habano Oscuro wrapper. The burn line is razor sharp. The ash falls easily to the tray…too easily…but holds its shape. Creamy and spicy. Spicy and creamy. Pepper, both black and red pepper flake. Is that peanut butter? No, it’s less sweet than processed peanut butter. It’s honey!! And it’s salty, sweet, and delicious. Wood forward now with hints of coffee, honey, and toasted nuts. There is an umami note in this first third that really adds some depth and playing with the sweet notes. Baking spices and cedar cut through it, while a subtle sweetness hangs around on the finish. 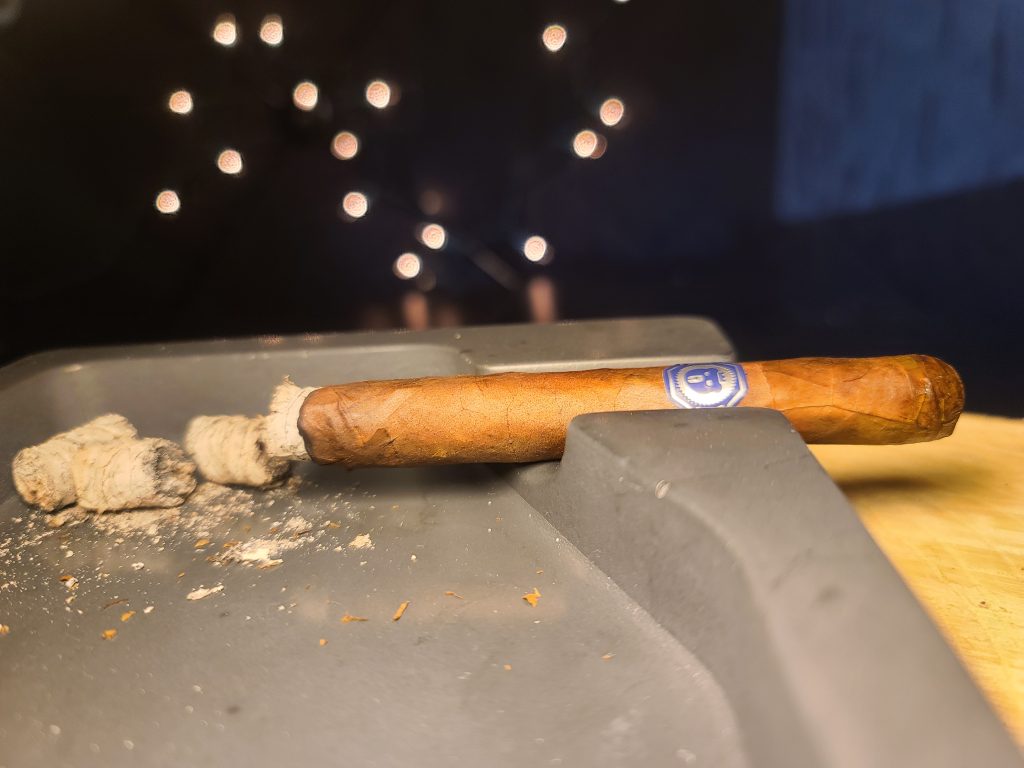 The second third begins with a clear lack of spiciness. The red pepper that was so abundant in the first third is gone. A big note of earthiness is accompanied by baking spices, nuts, and white pepper on the retrohale. Coffee and nuts linger on my palate. The smoke continues to be creamy. The El Oso Mama is almost like smoking velvet. Smooth. The ash, however, just refuses to stay on the cigar, but it is compact and only flakes when it lands in the ashtray. The burn line is a bit wonky now, but nothing that would cause concern. The draw continues to be on the tight side. The musty earthiness really shines as avocado oil returns to the fray. A bit if red pepper flake begins to sting my nostrils on the retrohale. As I smoke through this middle third, a chocolatey-ness…almost like cocoa powder arrives, adding to the richness. Baking spices have almost completely been lost. I wish there was some juxtaposition to this third…something that was cutting through the rich flavors. The honey like sweetness begins to re-emerge, adding some much needed brightness to this second third. 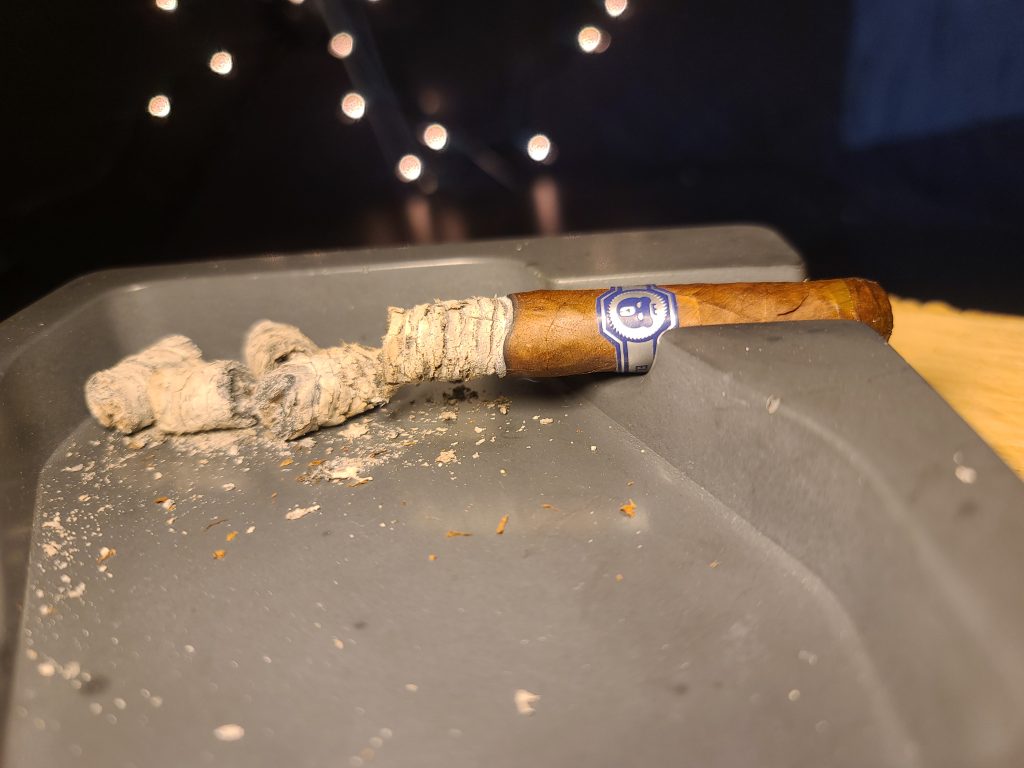 Salted…salt? Yeah, it’s just salty to begin the final third. The honey note carries over, as does the chocolate. Black pepper begins a comeback on the retrohale. Notes of toasted bread, campfire, and herbal tea are along for the ride. A bit of baking spice returns. The smoke that had been creamy is now dry. These flavors work, but seem more sharp where they were smooth. Chocolate and honey on the finish. The smoothness returns and the spiciness ramps up, but doesn’t linger. The burn line gets wonky but always self corrects. Again, the compact ash has no staying power and falls into the ashtray with no effort. Sweet cream and butter add depth to the honey note that hast stuck around. The smoke is back to being creamy. Espresso and earth round out the final third. Where the El Oso Mama starts with the bang, it ends smooth and creamy.

The El Oso Mama begins with a bang, takes a break, and ends with another bang. The issue, for me, is that the middle third seems to lose some of the cohesion. The spiciness is replaced by rich flavors that have almost nothing to cut through them. Honey finally starts to make a comeback near the end of the middle third, and that adds some much needed depth…but a bit too late. The final third, while good, seems overly sharp and harsh in comparison to the rest of the cigar.

While the burn did go wonky several times, the El Oso Mama always corrected itself. The bigger problem was that two of the three cigars smoked for this review could not produce a long ash. Normally I wouldn’t care, but the ash would literally fall off every 1/2″ to 3/4″. Thankfully, it never resulted in a relight or ash in my lap. The puzzling piece was that this didn’t occur on the last El Oso Mama that I smoked. 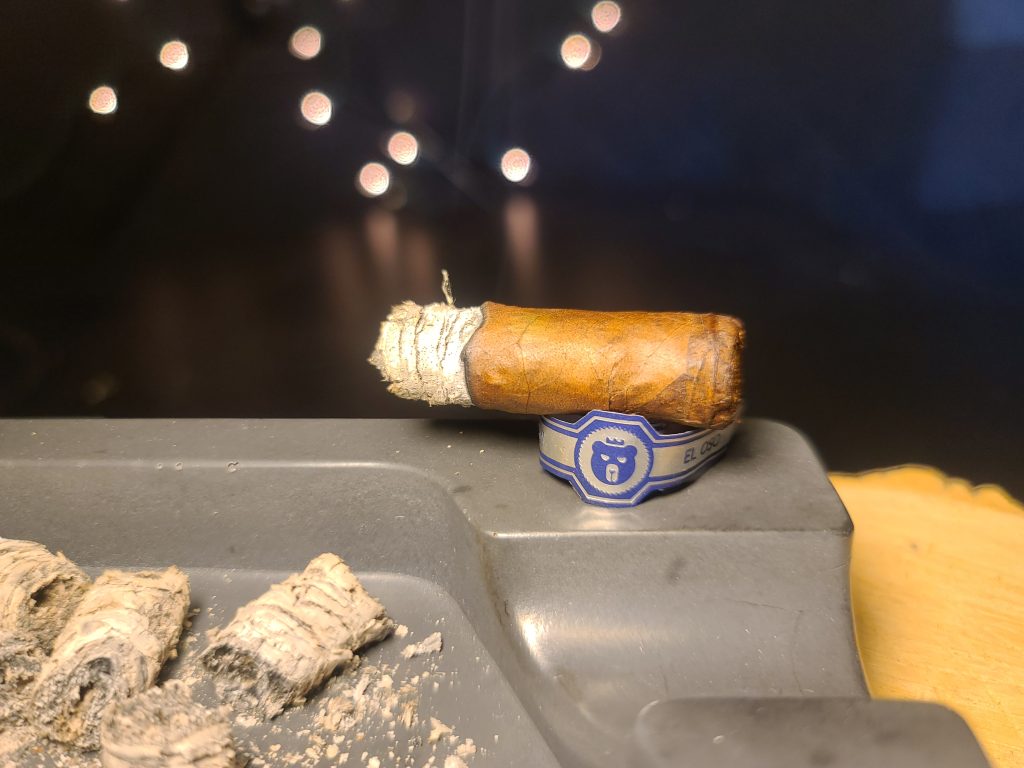 SOMETIMES YOU GET THE BEAR…

…and sometimes the bear gets you. While I thoroughly enjoyed the El Oso Mama, it just isn’t box worthy. Is it 5pk worthy? Absolutely. I don’t think the El Oso Mama is a bad cigar; I do, however, think that it would be better with a bit of age on it. The middle third might come together more and produce some of the great spice and honey notes to add more depth to the third. The final third may calm down and allow the wonderful complexity found in that third to really shine. The El Oso Mama is still a solid offering from Warped Cigars and deserves a place in your humidor.