“Responsible Marketing” and Why They’re All Wrong

From Meltdowns to Hot Takes 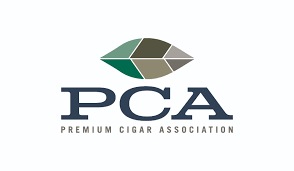 First, we need some context. A few weeks ago the PCA put out an article on “Responsible Marketing.” You can click here to read the entire article, but it basically says that cigar manufacturers have a responsibility to not market their wares to kids. Specifically, “marketing that makes use of characters, foods, or candy associated with children’s interests are never appropriate, even when targeted toward an adult audience.” That sounds like a reasonable statement, until you start to dig into it, but more on that later.  After the PCA’s article, Carilto Fuente doubled down on that message without naming any names. Then a couple of days ago, Charlie Minato of halfwheel took it upon himself to write an article that called out several cigar manufacturers, by name, on their marketing practices. These articles, along with Carlito’s doubling down, set off a chain of events that has led to Brian Desind, founder of Privada Cigar Club, making several videos (here ,here, and an Instagram Live post that has since removed) where he defends himself from both perceived and actual attacks.

Now, I have always said that Simply Stogies would stay out of the politics of the cigar industry. The reasons for this are fairly simple: 1) We’ve only been doing this for a few years so what, exactly, can we bring to the discussion? 2) In my estimation, it’s never a good idea to denigrate others’ actions because none of us are perfect. We’re all only human, after all. However, this is issue seems to be the “hot topic” of the moment and my social media feed is being flooded with videos, articles, responses, counter-responses, and folks losing their minds over this. It’s being discussed in cigar forums, clubs, and socials with varying degrees of interest. So I thought that I’d try to add my perspective to the conversation – though, it’s more of a screaming match than a conversation at the present moment.

I believe it’s important to say from the outset, that I do not believe any premium cigar manufacturer is marketing to kids. Period. Full stop. To say otherwise is, at the very least, a poor perception of what manufacturers are doing or, at the very most, an outright lie to get clicks. There are certain manufacturers, Privada Cigar Club included, that are trying something different. Do I agree with or even like what they’re doing? No. I don’t. But I also don’t see anything inherently wrong with what they’re doing. But, if we’re going to criticize and blame them for the FDA making the sky fall from the heavens, we might want to take a harder look at a few things first.

Here’s where we’ll go back to a line from the PCA’s article on “responsible marketing.” “[M]arketing that makes use of characters, foods, or candy associated with children’s interests are never appropriate, even when targeted toward an adult audience.” Are we so afraid of the FDA that we now have to censor how manufacturers market an adult product to an adult audience? I’m not sure about your B&M, but I’ve never seen children wandering the aisles of a walk-in humidor looking for candy flavored cigars.

If you watch the videos of Brian Desind simultaneously defending and attacking, besides watching him have a meltdown of epic proportions, you’ll see that he brings this up; and despite his faults and lack of professional messaging, he actually has a great point. Privada Cigar Club’s cigars are not sold anywhere that allows children. How, exactly, are these products being marketed to kids if kids are never seeing them? What you do see, as Brian again rightly points out, is other cigar manufacturers putting their products in gas stations. I’ve even seen them in humidors at grocery stores. Kids see that stuff. And while they may not be “marketed towards kids,” the majority of these are flavored cigars – though, not all. In fact, I’ve seen some pretty big names in those grocery store humidors.

That’s really the crux of this whole argument. Perception. How will the FDA perceive this marketing? The trouble is that some of these manufacturers calling out other manufacturers, via the PCA, halfwheel, and their own social media, are hypocrites. How? By showcasing their wares at the Tobacco Plus Expo alongside products like vapes, e-cigarettes, CBD infused products, etc… For an industry that so desperately wants to separate themselves from the other tobacco products, they sure are quick to make a buck by going to a convention that showcases other less-than-premium tobacco products. In some cases, these manufacturers only go to the TPE and not the PCA. Where the PCA is a lobbying force against the FDA, the TPE isn’t. That’s another problem in and of itself.

Honestly, none of this makes sense. My personal opinion of Brian Desind’s and others’ marketing practices is that…well, I just don’t care. I’m more concerned with the product they produce, and so is the free market. I certainly don’t like to see Brian’s antics, his meltdowns, or how he handles his critics. I’m not even a fan of his style. But I don’t have to be. He has built a company that has a rabid fan base. Charlie Minato is not the voice of the community and is more of a shill and a mouthpiece for big cigar manufacturers. He’s not even a journalist. He just regurgitates press releases and is generally negative about the cigar industry as a whole.

As for the manufacturers and the PCA, they really need to take a hard look at why they feel the need to criticize  how someone markets their cigars and if it’s a good idea to start censoring or self-regulating in a futile attempt at getting the FDA to “back off.” The FDA is going to FDA and this infighting will only help the FDA in its goal to regulate the premium cigar industry into oblivion.

1 comment on ““Responsible Marketing” and Why They’re All Wrong”